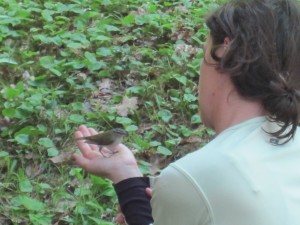 It’s an autumn of book immersion for me.

A few nights ago, one of the fine folks from the Ottawa International Writers Festival dropped off three novels for me to read in preparation of hosting an event this October: Shauna Singh Baldwin’s The Selector of Souls, David Bergen’s Age of Hope, and Annabel Lyon’s The Sweet Girl.

I’m also writing a paper in response to Helen Guri’s Match, for U of T’s Influency Salon – the paper presentation is also in October. A gaggle of poets are participating.

For half of every week during the academic year, I work as an interpreter (a digitally scribing captionist, of sorts) at the University of Ottawa, covering classes and labs associated with various faculties — arts and sciences both, with no divide. It’s an interesting and rewarding job, and I’m lucky to have it, although at the end of long days I’m aphasic.

As for writing poems? Well, I’m not. I’m not in a phase of active creativity at all. I’m in a stasis of worry and unhealthy hyper-criticality. (And the calendar is saturated and writing-time is diluted.)

I’ve been resistant to unleashing The Counting House, a manuscript of poetry based on my readings of Foucault, de Beauvoir, the Roud Folk Song Index, and on responses to art installations of Michèle Provost. I started the manuscript four years ago — and I’m not yet in the thick of another. No exit. No entrance.

I’ve been ruminating on the idea of the confined being constantly under the gaze, which, I guess, follows a theme from Post-Apothecary. Whatever new poems I have (and they’re not really poems yet) seem to be circling around the beastly nature that’s latent in ourselves, surveillance and unsubstantiated evidence, and the sleeping mind’s disordered attempt for escape. I’m falling for the language of dreams.

Sandra Ridley’s second book of poetry, Post-Apothecary, was published in 2011 with Pedlar Press.

Previous: Interview with The Winnipeg Review
Next: Interview in Uptown