ryan fitzpatrick lives in Vancouver and lived in Calgary. He wrote two books of poetry: Fortified Castles (Talonbooks 2014) and Fake Math (Snare, 2007). With Deanna Fong and Janey Dodd, he helped assemble the Fred Wah Digital Archive. He co-edited a questionably funny anthology called Why Poetry Sucks with the guy who runs this website.

I co-edited the anthology Why Poetry Sucks with ryan and also was the editor for his book Fortified Castles, and we co-created the #95books hashtag and reading challenge.

1. What do you want to talk about, but nobody ever asks?

I’d like there to be less of an imperative to talk.

2. What advice do you wish you’d received, but didn’t, when you first started to take writing seriously?

The older I get the more I hate advice. Advice, especially when it’s unsolicited, is like a diagnosis and a prescription. I’ve certainly been guilty of doctoring other writers, but it’s something I’ve actively been trying to stop myself from doing (so if I do it to you please tell me to get lost). To be honest, as a young writer, I would’ve preferred less advice. Sometimes, it’s just enough to listen.

3. What are your regular habits as a writer?

My writing practice is increasingly wrapped up in other work, so regular habits don’t work for me. There is no getting up every morning to hit a word count (unless you’re talking about a word count for my dissertation and even then I don’t always hit that). For me, what has been important is the maintenance of a project/series, one that’s easy to slide in and out of, alongside an ongoing research practice that has a cross-disciplinary casualness and that doesn’t intersect with my academic research too much.

4. What is your editing process?

5. What is your greatest difficulty as a writer?

6. How do you decide which book to read next?

A combination of whatever’s on the top of the pile, whatever other folks I trust are talking about, and whatever I have to read for work.

7. What is your greatest single ambition? 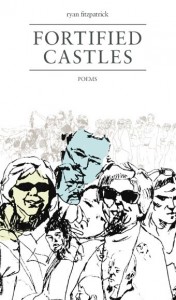